Just a few weeks ago, we read a New York Times article called “That Oxymoron, the Asian Comic Superhero” by Umapagan Ampikaipakan, which argued that the Asian comic book superhero couldn’t exist, or would never be successful.  Last week, the New York Times did a Q&A with a man named Gene Luen Yang, an Asian American who’s mother is from mainland China, and his father is from Taiwan. 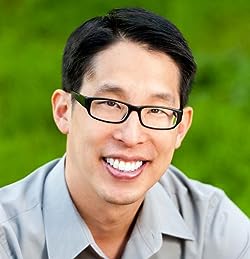 Just this past year, Yang became a MacArthur Fellow, which grants $625,000 over five years to “geniuses” who lead their field in creativity and ability to influence.  Yang writes comic books and has been fascinated with comic books since he was just a kid.  In his interview, Yang disagrees with Ampikaipakan, in that Asians can be comic book superheros; and he’s making it happen with his new series, “New Super-Man.”  Furthermore, he agrees with Keith Chow (who responded to Ampikaipakan) and even goes on to say that he even sees himself like some of these superheros, namely Super Man, because he was also the son of immigrants.  The Q&A is relatively short, but it gives you a great idea of who Gene Luen Yang is.  Below you will find the attached NYT article, a quick wiki on Gene Luen Yang, and more information about the MacArthur Foundation.